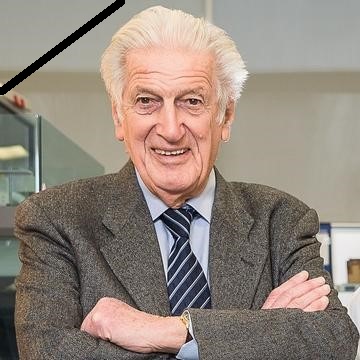 With our deepest grief we regret to announce the pass-away of our beloved Professor Alberto Zanchetti.

He has been in the Guidelines Committee of the World Health Organization and the International Society of Hypertension since its inception.

Romanian Society of Hypertension has a deepest respect to Professor Alberto Zanchetti who showed us a continuous support since its foundation in 2011 until present.

Professor Alberto Zanchetti has made us the honour of becoming Doctor Honoris Causa of the “Carol Davila” University of Medicine and Pharmacy in 2014.

He has honored us with its presence to every RSH Congress since the first in 2012, up till now, increasing the scientific values of our Congresses. He was supposed to give a lecture on “Antihypertensive Treatment: Past, Present and Future” in the session dedicated to 2018 ESH-ESC Guidelines on arterial Hypertension in our up-coming congress this October, but unfortunately we will keep a moment of silence in the memory of his pass-away.
May Good keep him in his hands for all the good the he made to thousands through his life-time achievements that will outlast him.

Rest in pace our dear professor,

Will try to keep your life-time work alive.